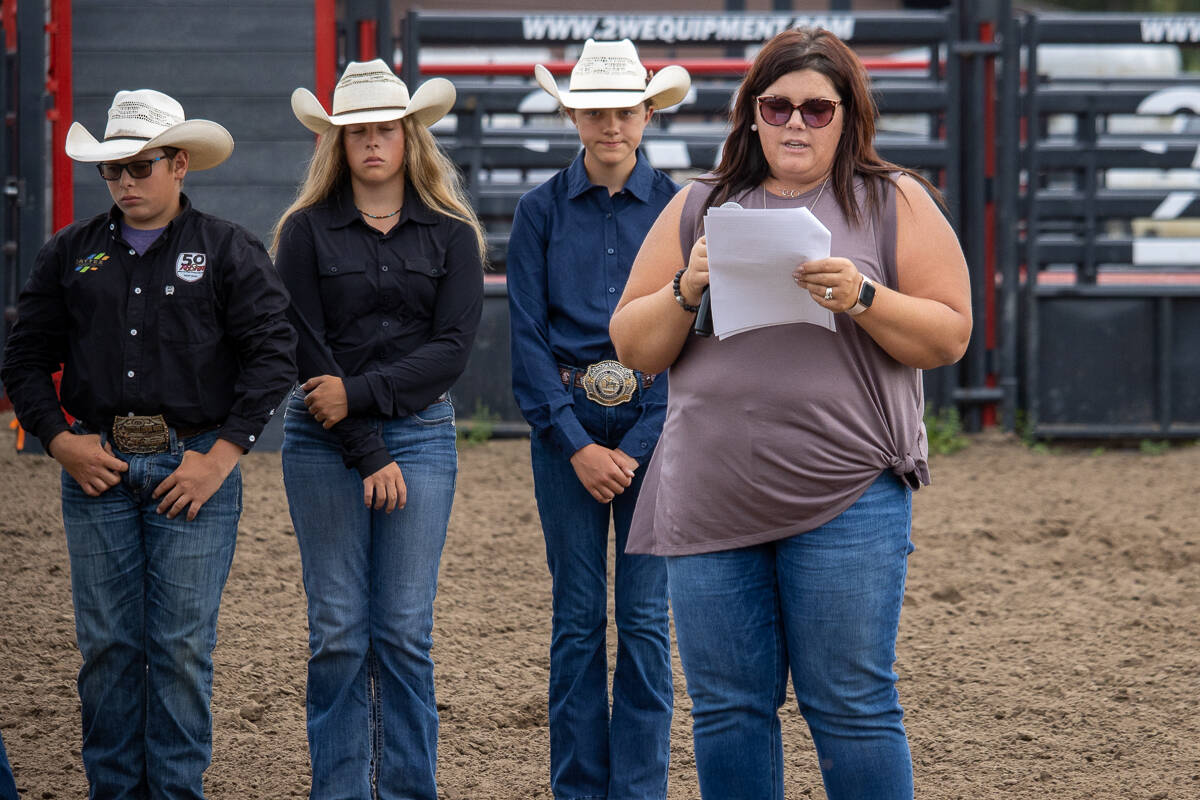 Jenna Watson, vice-president of the Stettler Ag. Society, speaks a bit about the history of the society and the agriculture grounds in Stettler. (Kevin Sabo/Stettler Independent) Board members and youth who benefit from the new outdoor arena at the Stettler Agriculture grounds were on hand for the ribbon cutting ceremony on Aug. 16. (Kevin Sabo/Stettler Independent)

The Stettler and District Agricultural Society held a ribbon cutting ceremony on Aug. 16 to mark the official opening of the facility’s new outdoor riding arena.

Held on Aug. 16, the ceremony coincided with the final night of rodeo action in the Junior Rodeo series which had been running at the facility over July and August.

Invited to the event were sponsors and community delegates who made the improvements at the facility possible.

Agricultural Society vice-president Jenna Watson opened the ceremony with a land acknowledgement and some words on the history of the facility. A few of the youth who have grown up in the society’s youth programming also spoke on what the programming has meant to them and what the new facility means going forward.

In total, 10 youth joined Watson, president Dwayne Martin and committee member Rocky Ross on the infield for the ceremony to hold the ribbon as Martin cut it.

Support for TMX pipeline rises in B.C. but drops slightly in Alberta